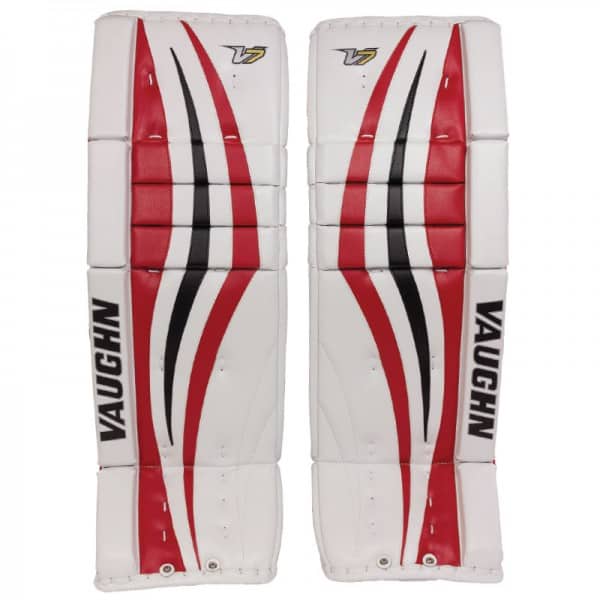 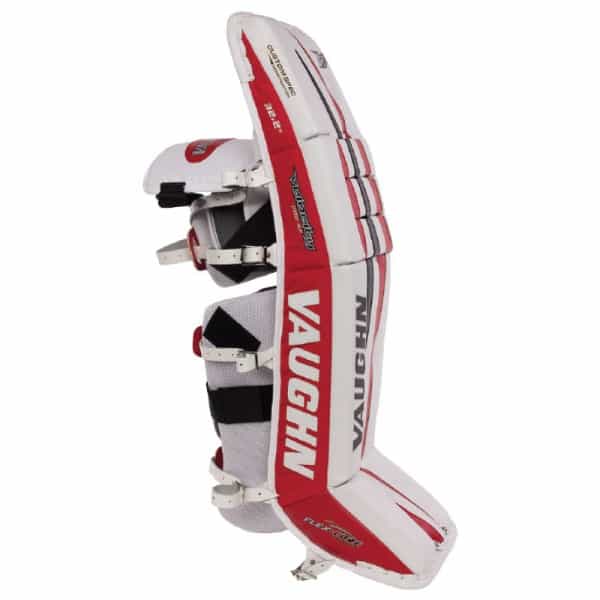 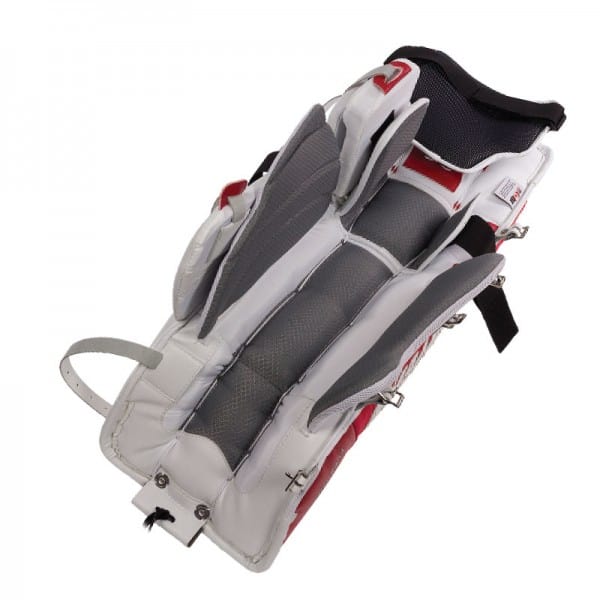 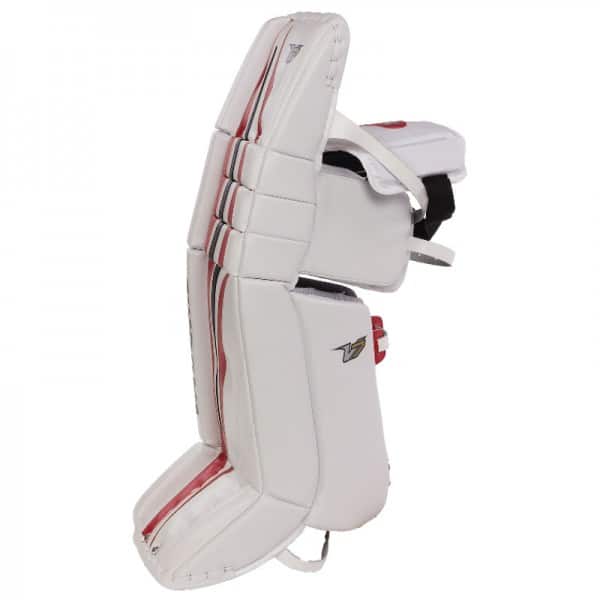 New for 2016 is the Vaughn Velocity 7 XF Pro Goalie Leg Pads. There may be a little confusion between the Velocity 7 Pro Carbon Leg Pads and the Velocity 7 Pro Leg Pads (the word carbon is not present in the second version). The XF Pro Carbon Pad is the domestic pro version and the XF Pro is the off-shore version. These pads are almost identical in every aspect except the country of origin. There are a few small details that are different between the two pad but the biggest difference is the country of origin. Vaughn does a great job of offering a second pro pad that has a considerably lower price point. The domestic pad does offer more custom options but he XF Pro pad can also be custom ordered in different colors. This is a very rare option at this price level, generally you have to take what you can get color wise but the Vaughn Velocity 7 XF pro Pad can be custom ordered in any color option available to the domestic carbon pads. The XF Pro Pad is the hybrid style version in the Velocity 7 series.

For 2016 Vaughn has introduced a Velocity XF Pro Carbon Pad and a Velocity XR Pro Carbon Pad. The Velocity XF pad is considered the flexible “hybrid” style pad which the Velocity has been known for over the years. The vertical roll on the XF pad has two breaks and the face of the pad has traditional knee rolls. This allows the pad to flex better vertically and laterally. The XF would definitely be considered the true Vaughn hybrid style goalie pad. The Velocity XR pro Carbon Pad is a stiffer style flat face styled pad. The vertical roll has only one break below the knee and the pad does not have any knee rolls. This makes the pad much stiffer then the XF pad but it also gives an option for the goalie looking to maximize coverage. A goalie that likes to use size and technique in the butterfly position now has a viable an option in the Velocity XR series.

There are many schools of thought when it comes to mid-Level goalie leg pads vs. pro level goalie leg pads. The most glaring difference in most cases (but not all) is that pro goalie leg pads are made domestically and mid-level goalie pads are made off-shore. There are however a few companies that now make their pro leg pads off-shore as well. When looking at a mid-level goal pad vs. a pro level goal pad side by side, it can be very difficult to know the difference – even to a trained eye. There generally are quality differences in the foams and synthetic leathers along with small differences in features. Again, these can be very difficult to notice. Pro goal leg pads can take more abuse then a mid-level pad, a pro pad is what the name implies – a pro pad – meant to be worn everyday. The mid-level leg pad materials can take quite a but of abuse as well, however if used to the same degree as a pro schedule, these pads will break down quicker. Another big difference is the amount of customization. Pro goalie pads have much more options in customization vs. a mid-level goalie pad.

The questions a consumer needs to address when making this decision is: How much does the goalie play per week and how much customization does the goalie need? These two basic questions will generally address the need for pro goalie pad or a mid-level goalie leg pad.