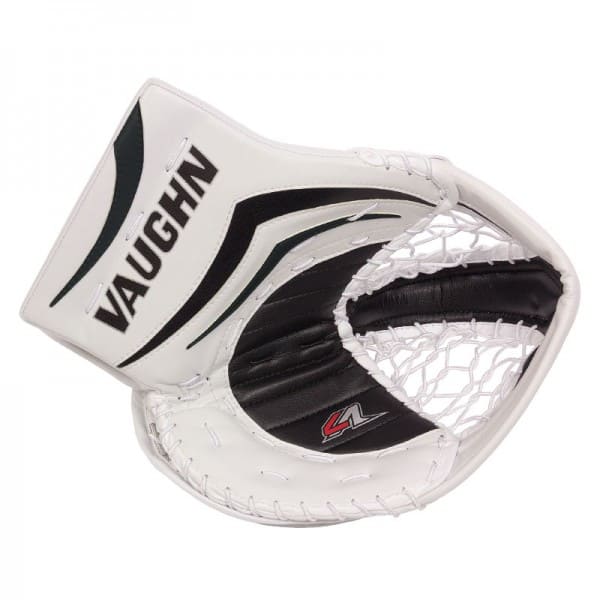 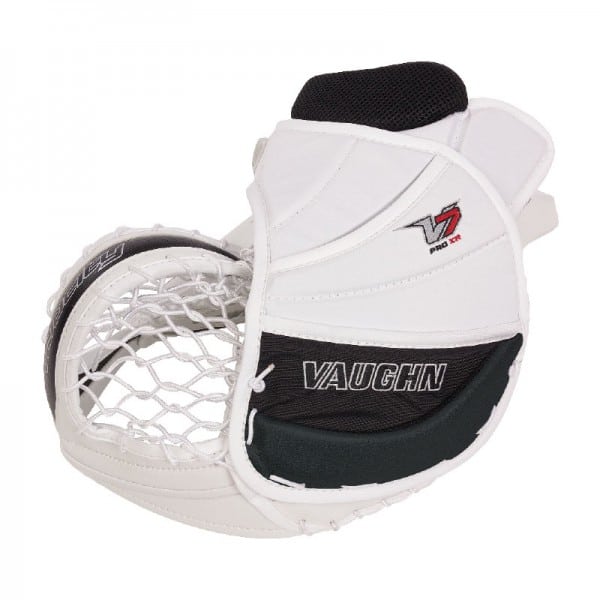 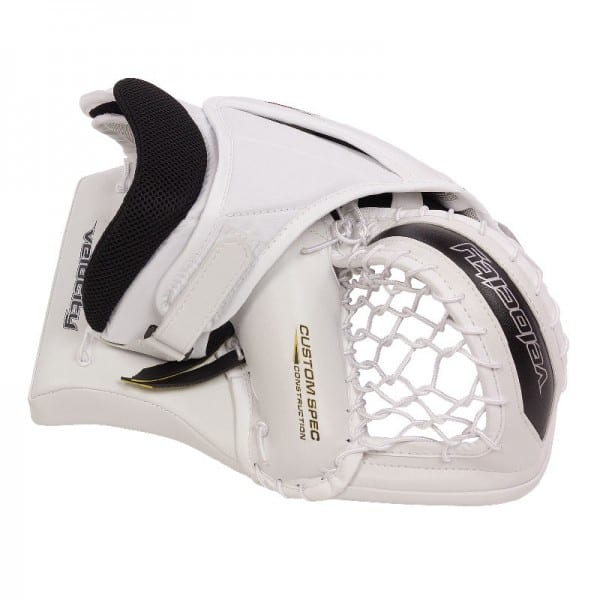 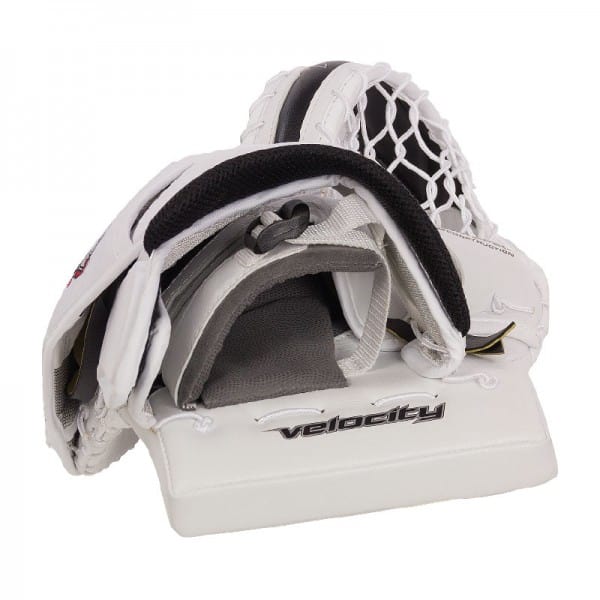 New for 2016 is the Vaughn Velocity V7 XR Pro Goalie Catch Glove. There can be a little confusion between the XR Carbon Pro and the XR Pro. The XR Carbon pro is the domestic pro level glove and the XR Pro is the import pro level glove. Vaughn does a nice job of creating a second pro level line for a bit less money by producing this line off-shore. The XR – which stands for rigid, is a stiffer version Velocity catch glove. The XR glove is built with the coverage style goalie in mind. This glove has a one piece thumb/cuff that creates more stiffness. The thumb on this glove is an extreme shallow angle, it reminds us a lot of the old Kipper spec glove from years ago. This thumb angle gives the glove a pancake look and it covers the most surface area possible in a legal glove. Vaughn has made the switch to an offset single t pocket on this model. This has been the trend with most coverage style gloves. The carbon reinforced fingers and palm gives this glove solid protection qualities while allowing optimal feel. One of the features that we love about the Vaughn XR Pro series is this can be custom ordered in any color the goalie would like. For custom order information, please call customer service.

When most goalies think of the Vaughn Velocity series, they automatically think of a hybrid style goalie like Jonathan Quick, Tuuka Rask & Matt Murray. Although this is very much the case, the Vaughn Velocity glove does things a little different then other manufactures. Vaughn actually has two versions of their Velocity gloves, one with a one piece cuff/thumb and one with a two piece cuff. This gives the goalie the option on a more flexible version or a stiffer version. The two piece cuff version (XF) uses huge double t pocket while the one piece cuff/thumb (XR) uses a single offset t. Both versions have a shallower thumb angle which creates more surface and blocking area. The choice is there for either the hybrid style goalie or the coverage style goalie when looking at a Velocity series glove. The Ventus line is considered Vaughn’s coverage style series but this glove is actually built more like a hybrid style glove. The Ventus uses a two piece cuff and a deep thumb angle which are generally characteristics of a hybrid style glove. Another difference is the Ventus glove uses a single t pocket, single t pockets are used in both hybrid and coverage style gloves. There really is no right or wrong when selecting goalie gear however specs do play an important roll in how the gear will perform with a particular playing style.