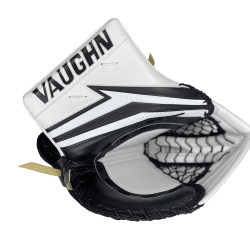 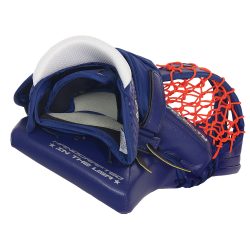 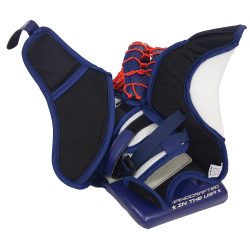 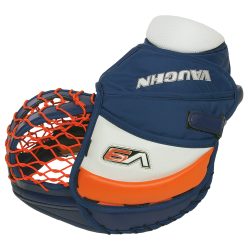 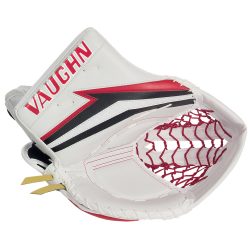 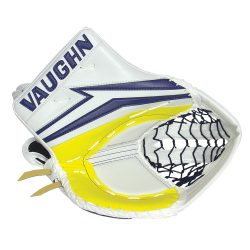 New for 2020 is the Vaughn Velocity V9 XP Pro Carbon Catch Glove.  The Velocity V9 XP has a 75 degree palm angle and made for a goalie that likes the feel of the CCM/Reebok Premier glove but wants to stay in the Vaughn family.  The Velocity V9 Pro Carbon XP glove has the single cuff design that adds strength and stability to the wrist area.  This cuff feature is also popular with goalies that like to stick handle with the pocket of the glove facing upward as it adds support during the shooting/passing motion.  The palm of the Velocity V9 Pro Carbon XP glove has an extra layer of foam on the outer portion of the glove that adds extra protection for the goalies hand. Another feature of the Velocity V9 Pro Carbon XP glove is the split T design with a U shape pocket.  At the base of the pocket there is a single t that splits into a double t the higher it goes in the pocket.  The single t at the base gives the glove much more flexibility then a traditional double t base which would create too much bulk at the base of the pocket.  As the pocket transitions into a double t, the glove then takes on the soft/deep characteristic of a double t pocket.  This is popular as it creates a soft catching pocket, this is much more forgiving then the single t pocket.  This t pocket design also allows the glove to open and close fully which give the goalie the blocking surface area and the max closure of the glove.

A deeper look into the Vaughn Velocity V9 XP glove will show some new innovations for 2020.  Starting with the foams, new feature for 2020 is the addition of the Pure Composite foams.  This carbon infused foam is lighter and holds is shape for a longer period of time compared to traditional high density pro HD foams.  Along with the Pure Composite foam, Vaughn has added an extra layer of internal padding in the palm area for added protection.  The Velocity V9 Pro Carbon XP glove will continue using the 75 degree break angle that was used in the VE8 Pro Carbon XP glove.  Vaughn will also use a carbon molded palm and thumb insert versus a pressed plastic palm and thumb insert.  The reason this is important is because the molded design along with being carbon fiber will keep its shape for a much, much longer period of time compared to a pressed plastic.  When shots constantly hit a catch glove, the pressed plastic glove loses its shape (particularly in the thumb area) and will become flat over time.  This causes shots to bounce out of the glove instead of deflecting into the pocket.  With the molded carbon fiber, the glove holds its shape and this does not happen. 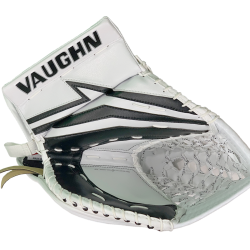 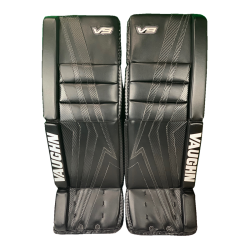 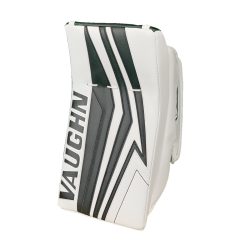